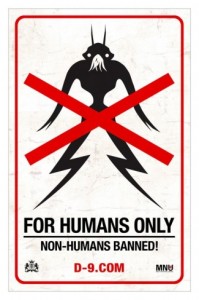 District 9 opens with a documentary-style series of interviews that explain events that occurred twenty years prior when an alien ship settled above Johannesburg, South Africa. The creatures look similar to humanoid craw fish and are referred to by the derogatory name, “Prawns”. The Prawns were housed in a government camp inside Johannesburg called District 9. Eventually the area turned into a slum, and a massive black market was established between the aliens and a group of Nigerians. A company known as Multinational United (MNU), which specializes in weapons research and security subcontracting, eventually came to be in charge of District 9. In the present day, a MNU field operative named Wikus Van De Merwe, played by Sharlto Copley, is assigned the task of relocating the Prawns to “District 10” a new camp located outside Johannesburg.

As I am writing this the Rotten Tomatoes community has given District 9 a 90% rating. This is a very good rating, but I feel like it is unwarranted. To me District 9 failed in a few ways.

First, we never find out what caused the Prawns’ spaceship to break down. This seems to be very integral to the plot. There is plenty of room for speculation but it probably could have been explained briefly without adding much time.

Second, this seemingly superior race of aliens, acts like a bunch of drug addicts – only, they’re addicted to cat food. Yet, they are capable of creating weapons that can only be used by someone with a Prawn’s DNA signature. Not to mention they are obviously capable of inter-stellar travel. It doesn’t seem consistent that a race as strong and intelligent as the Prawns would allow themselves to be forced to live in their present day conditions. I found myself asking the question, “Why don’t you just blow away the Nigerian’s and take all the cat food?” Admittedly that is a pretty odd question to ask yourself.

Third, I never felt connected with the main character, Wikus Van De Merwe. He acted both despicable and pitiful throughout the film. There were little-to-no redeeming qualities about this “hero”. His motives almost always seemed purely based on selfishness. The only thing redeemable about Wikus was that he wasn’t as mean as some of the other MNU workers. His counter-part, Christopher Johnson, a Prawn, seemed to be one of the few intelligent Prawns and he showed some compassion towards Wikus and the Prawn race.

Overall, I have to give this movie 3.5 Circus Peanuts. It was entertaining, the filmography was interesting but not as good as Cloverfield’s, and the acting was believable. The way the plot was delivered is the biggest hangup for me. Perhaps the Director’s Cut will relieve some of the issues I had with this movie.

ch-ch-ch-changes… I’ve updated my blog theme and made a few other changes. Like, my blog now resides at http://lewayotte.com/ instead of http://lewayotte.com/blog/. I’m going to make those big bubble things on the right side a tad smaller too… I think they take up too much room. Anyways, this new theme makes me like my blog…

I turned to Google to figure out the semantic difference between the words deauthorize and unauthorize. Google assumed I meant to search for “authorize vs. authorize” which makes plenty of sense. So, are there any English majors out there who can differentiate these for me? I’ve seen deauthorize often in the technology world. For instance,… 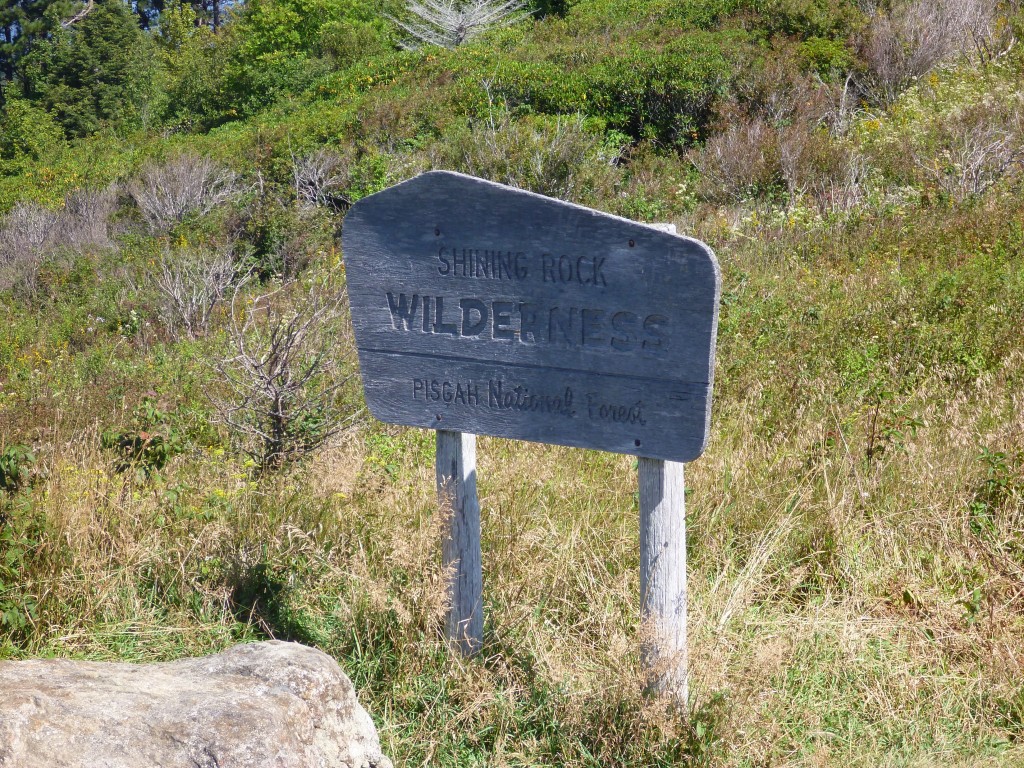 My friend and I spent three days backpacking the Pisgah National Forest in North Carolina. It was quite an adventure. We headed to Daniel Boone Boy Scout camp where the Northern Art Loeb trailhead is located. The majority of our hike was in the Shining Rock Wilderness area, which basically means none of the trails…

The cats like to go in and out of the house, and they do it very often throughout the day. We decided it would be wise to invest into a pet door that would let them go in and out at their leisure. We had a few options… A storm door with a built-in pet…

Hey everyone… I know, this is probably going to be a little confusing for everyone. I’ve moved my blog – again! It is now located at http://lewayotte.com/blog/. I moved it (and yes it is ugly right now) to a wordpress site that I am having hosted. I plan on making everything pretty and looking much…