My friend Paul got hitched to his lady Carrie at the end of February. Paul and I have known each other since the womb when our mothers were pregnant together. So, I of course made plans to go down and take part in the wedding festivities. I decided it would be best to drive down. I figured it would probably take me just as long to get to the airport and fly down and would probably cost the about the same.

So I headed down to Florida on Thursday, February 25. I made a pit stop in Tifton, GA to see an old friend, Jason Jones. We had lunch, talked about life, family, God, etc. It was good to see Jason again. I have not seen him in years. By the way, they just confirmed that they are pregnant with a baby boy… they currently have two girls. So this should help even things out :).

After lunch I hit the road again for St. Petersburg, Florida. On my way down I listed to various podcasts (Beyond The Box Podcast, Jeronimo Jack’s Beard) and most of the book The Magicians Nephew (the dramatized version). I have listened to TMN before, but I ran out of podcasts and could not find a good radio station. I also got a call from one of our (Full Throttle Development) clients whose site had been injected with some nice little PHP malware. It was not very good timing, as I was on the road for another 3 hours and Glenn (another owner) was at the hospital with his pregnant wife.

All-in-all it took me about 10 hours to get to St. Petersburg from our house. Including the 30 or so minutes I was lost in Tifton, I figure I spent a little over 8 hours on the road. When I got to St. Petersburg I checked into my hotel, the Ramada Inn. After getting checked in and working on the malware issue, I left to find something to eat. The only place that “sounded good” was Boston Market. Later that night I went to Paul’s hotel and hung out with him and all the guys who came down for the wedding.

The wedding and ceremony did not actually start until 5:30PM, so I had plenty of day ahead of me. I ate a quick bite at the hotel breakfast and drove to Walmart to buy a toothbrush. After heading back to my hotel, showering, and working a bit, I decided to spend the afternoon at the St. Pete Pier.

I perused some of the tourist trap shops and found a nice place to eat called Captain Al’s. I ordered “The Works” which was basically everything on a cheese burger.

Before I actually received my order two pigeons walked in (after the busboy left the outside door open). The wandered over to my table. The waitress was able to shoe one away, but the other wanted to hang out with me. She freaked it out a bit and it tried to fly out the window. Of course, this freaked out the waitress. Being the animal lover that I am; I got up, walked over to the bird, gently grabbed it as it was trying to fly through the closed window, and walked it outside freeing it from its prison. A few of the restaurant’s patrons said I should get a slice of key lime pie for being a hero. Unfortunately, I do not like key lime pie… fortunately, the restaurant did not offer me a slice anyway.

After the adventure at Captain Al’s I decided to head on up to the St. Pete Pier aquarium. The aquarium was smaller than my house, but it had a lot of interesting fish to look at. I spent about an hour walking around and taking pictures of the various fish. Here are a few of the pictures I took:

After the aquarium I headed down to the ice cream parlor and got myself a scoop. It was about 3:30, so I thought it would be a good idea to head to the hotel and start getting ready for the big wedding. Little did I know that my adventure at St. Pete Pier had not ended. I walked around the pier a bit eating my ice cream and started to make my way to my jeep. As I headed to my jeep a giant deranged seagull flew from behind me and took a big ole bite out of my ice cream! Now, I have lived less than 5 miles from the beach my whole life and have never had a seagull attack me for my food before. I was stunned! Apparently this is not an uncommon occurrence in Florida. Well after I got over the initial shock, I laughed it off and headed back to my hotel and prepared for the wedding.

The wedding was really nice. Paul and Carrie looked very happy together. It was great seeing them get hitched. Here are some pictures of the nights events.

I had a lot of fun. Met some new people, caught up with some old friends from Maine, had some good food, and a little fun cutting the rug. I even got to see baby Danika for the first time, she was adorable. We ended the celebration with some great tasting cigars.

Well, I was planning on getting up early to drive home (like 4AM)… but I arrived at my hotel at 1AM. So I ended up sleeping until 8AM, got up and hit the road. On my way home I finished listening to The Magicians Nephew and caught up on a few more podcasts. I ended up getting home around 4PM, for total of 8 hours drive time. 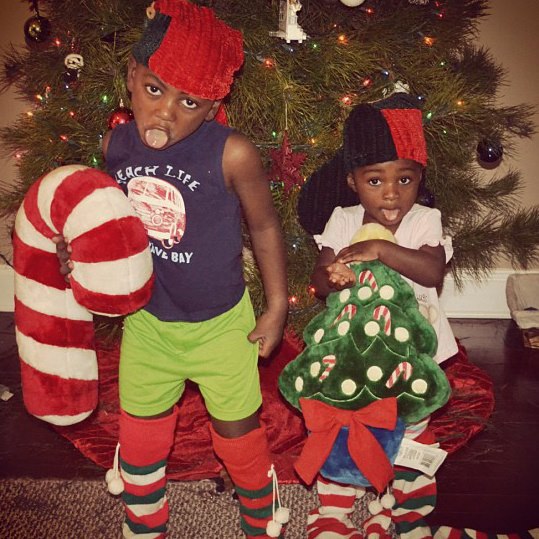 After the last ballet performance of the season by the Atlanta Ballet, Kati and I headed over to Mary Mac’s Tea Room to try out the food. We have a list of Atlanta restaurants to try out and this was second on the list. We ordered some Fried Green Tomatoes as an appetizers. They were…

As many of you have probably heard on the news, Maine recently held a vote, the first question was an effort by opponents of same-sex marriage in Maine to use Maine’s People’s Veto process to overturn “An Act to Promote Marriage Equality and Affirm Religious Freedom”. [balletpedia] The veto passed 53% to 47% making same-sex…

As you all know, we have seven wonderful cats who are all indoor/outdoor cats. Unfortunately, cats are known to be curious. We’ve had issues with some of our cats disturbing our neighbors. Well Kati and I decided that if we want to keep the peace in our neighborhood, then we are going to have to…