The point he was trying to make is that it is a wrong attitude to try to figure out what you can get away with instead of focusing on how you can build up your relationship with Jesus. At first glance this seems great, but it is the application that fails.

In application he talked about the fact that he promotes abstinence from alcohol and has been called legalistic because of his stand. As some of you know, I have recently written a paper refuting the positions taken by those who teach abstinence from alcohol as a biblical position. I have not posted this paper online anywhere yet and I may not (more on this later). I do tend to agree that those who promote abstinence from alcohol are being pharisaical or legalistic. That is not to say that abstaining from alcohol is wrong, just wrong to force on other believers. Of course we all agree that drunkenness is wrong and there are clear teachings in the Bible against drunkenness. But there is a fundamental difference between getting drunk and drinking. If you use the question my professor posed to the class, “How close to Jesus can you get?” and apply it to the alcohol discussion, you have the burden to prove that person X who abstains from alcohol is able to get closer to Jesus than person Y who drinks in moderation (never getting drunk).

He also mentioned a youth retreat he went on once and he told all of the youth to bring at least one pair of khakis to wear to their “worship service.” His whole premise for this is that we should not dress like the world, we should be distinct from the world. Stating that the world would see the difference in us and would be able to recognize us as Christians because of what we wear. This argument really falls short for me, for several reasons.

1. The world wears Khakis… if we are called to wear clothes that are not found in the world, then we need to invent new clothes that only Christians can wear.
2. If this principle is true, shouldn’t we wear Khakis everyday? Last time I checked, not much of the world is inside the church building every Sunday.
3. The Church is suppose to be a gathering of your spiritual family. Does requiring certain types of clothing really impress the idea of family? Last time I gathered with my physical family I was wearing a t-shirt and pants.
4. The burden of proof still lies at the feet of the man who thinks that wearing a suit and tie to the church brings him closer to Jesus than the man who wears jeans and a t-shirt (never dressing immodestly).

He did specifically mention those “church-goers” who wear less than modest clothing at the gathering. He said that the man-of-God should not have to deal with seeing that when he is preaching God’s word. Now do not get me wrong, I do agree what we should dress modestly, both men and women. We should not be wearing anything that could cause a weaker brother/sister to stumble. I do have a couple of problems/clarifications with the theology behind his statement.

1. This also applies to what we wear in the world, we should be modest 24/7.
2. In my opinion, the “man-of-God,” is already a one-woman-man and does not have to deal with the lust that his weaker brothers/sisters might be dealing with. If you hold to the idea that preachers should not have to look upon a worldly dressed Christian because of lust, then that same man should not be witnessing/evangelizing the world, otherwise he might lust after those woman too. Surely the prostitutes that Jesus talked with were not wearing their “Sunday’s best.”

I have been thinking about these issues pretty much all night. If you hold to some of these ideas, I hope I have challenged what you think.

Now for business… as I mentioned above I wrote a paper refuting the positions that many alcohol abstainers hold to. I think it is a pretty good paper. I actually gave a copy to Dr. Akin (the SEBTS President) and he commented on it for me. I plan on beefing the paper up and making it the best argument possible. Anyways, I have been thinking about this for about a month now, but I was thinking of writing a book. It will be called, The Old Wives Tales of Christianity or something like that… not really sure yet. Anyways, in this book I will have a chapter dedicated to all sorts of different things that some Christians hold to. One of the chapters will be my paper on alcohol. I was thinking about other things I could write about. For now I have, Gambling and Clothing. If you have any other ideas please send them to me, a three chapter book will be pretty useless.

Well that’s it for now, thanks for reading.

This post is inspired by a recent post of Alan’s from The Assembling of the Church called Grace to be Wrong. Alan’s post is about having the attitude of grace when confronted with people who disagree with us. Since I have begun my journey with Christ, I have learned the importance of adopting this attitude…

A couple of days ago one of my Facebook friends linked to an article by Adam Walker Cleaveland called, The Bible & Homosexuality: Enough with the Bible Already. I would like to respond to this article, both it’s heart and it’s content. Obviously the title is rather shocking to the more conservative folks out there….

This past weekend I flew up to Maine. My grandfather had given me a bunch of furniture and I needed to pack it in the back of a moving truck to bring it down to North Carolina. This trip gave me plenty of time to think. I found that a lot of my time was…

Then the kingdom of heaven will be comparable to ten virgins, who took their lamps and went out to meet the bridegroom. Five of them were foolish, and five were prudent. For when the foolish took their lamps, they took no oil with them, but the prudent took oil in flasks along with their lamps…. 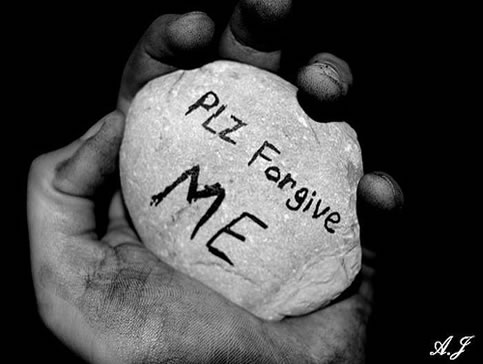 This is a question to all my Christian brothers and sisters, especially those who continue to rejoice in the belief that Osama bin Laden will spend an eternity in Hell. For the sake of my curiosity, let’s pretend that Osama bin Laden did whatever it takes (according to your belief) to be saved, whether he…