A while ago I shared with you some ideas I had about The Ten Commandments?… or lack of ten commandments. Well in some of my spare time I have been looking over these verses to check and recheck the things that I had discovered. I in no way want to say that the ten commandments (as we call them) do not exist, if they actually do.

So, I searched around for the word “tablets.” The only conflicting hit I got was Deuteronomy 5:22. Right after Moses tells Israel the “ten commandments” he tells them:

These words the LORD spoke to all your assembly at the mountain from the midst of the fire, of the cloud and of the thick gloom, with a great voice, and He added no more. He wrote them on two tablets of stone and gave them to me.

So these are this is what I am seeing:
Exodus 20 – First time we see the list of items we call the ten commandments. (Followed by some dialog and more laws)

Exodus 24 – Something slightly new happens, Moses and about 73 others go up to the Mountain to worship God. God says in Exodus 24:12b “I will give you the stone tablets with the law and the commandment which I have written for their instruction.” (This occurs after Exodus 20 chronologically, but God obviously could have written Exodus 20 on the tables beforehand).

Exodus 31 – God tells Moses some things seemingly unrelated to the “ten commandments” or a possible covenant… but Exodus 31:18 – “When He had finished speaking with him upon Mount Sinai, He gave Moses the two tablets of the testimony, tablets of stone, written by the finger of God.”

Exodus 32 – Things get a little sticky, Moses comes down, sees that the Israelites have been naughty – and Moses smashed the tables (of the testimony).

Exodus 34 – God tells Moses to cut two more stones and God will rewrite what He had written previously. As I stated in my previous post on the ten commandments, it is here when God lists what seems to be a covenant. At the end of this speech from God, we read this:

Exodus 34:28-29 So he was there with the LORD forty days and forty nights; he did not eat bread or drink water. And he wrote on the tablets the words of the covenant, the Ten Commandments. It came about when Moses was coming down from Mount Sinai (and the two tablets of the testimony were in Moses’ hand as he was coming down from the mountain), that Moses did not know that the skin of his face shone because of his speaking with Him.

NOTE: This is the first of three places that the phrase “ten commandments” occurs in the Bible. And the word “commandments” isn’t actually there, it is interpreted as “commandments” but could be “words, things, etc.”

Now enters Deuteronomy. Exodus has finished without any further use of the word “tablets” or phrase “ten commandments.”

Deut. 4:13 – This is the second place of three that the phrase “ten commandments” occurs. Referred as God’s covenant with Israel. It seems like this text is just recalling what has already took place.

Commandment 1-10 then “These words the LORD spoke to all your assembly at the mountain from the midst of the fire, of the cloud and of the thick gloom, with a great voice, and He added no more. He wrote them on two tablets of stone and gave them to me.”

Deut. 9:9-11 – This is pretty interesting. Again, we see the tablets called the “tablets of the covenant” two times. In verse 10 though we have a pointer back to what is written on these tables, “all the words which the LORD had spoken with you at the mountain from the midst of the fire on the day of the assembly.”

Deut. 10:1-5 – Moses goes back up the mountain, God rewrites the “ten commandments” (third occurance) and they are referred to as the things that God “had spoken to you on the mountain from the midst of the fire on the day of the assembly.”

So, what was said “on the mountain from the midst of the first on the day of the assembly”?

Starting in Exodus 19:28, we read, “Now Mount Sinai was all in smoke because the LORD descended upon it in fire; and its smoke ascended like the smoke of a furnace, and the whole mountain quaked violently . . . .”

We know that all of Israel was afraid and they wouldn’t do what God asked of them. So Moses and Aaron went up the Mountain, then starting in Exodus 20:1 we receive what we commonly referred to as the “ten commandments.” But it does not end there. It continues with ordinance upon ordinance until Exodus 24:3. In 24:4 we see that Moses “wrote down all the words of the LORD,” “Then he took the book of the covenant and read it in the hearing of the people; and they said, ‘All that the LORD has spoken we will do, and we will be obedient!'” He even took blood and “sprinkled it on the people, and said, ‘Behold the blood of the covenant, which the LORD has made with you in accordance with all these words.’

A few verses later, God tells Moses to “Come up to Me on the mountain and remain there, and I will give you the stone tablets with the law and the commandment which I have written for their instruction.”

I have not yet come to a conclusion. Any of your thoughts are welcome. 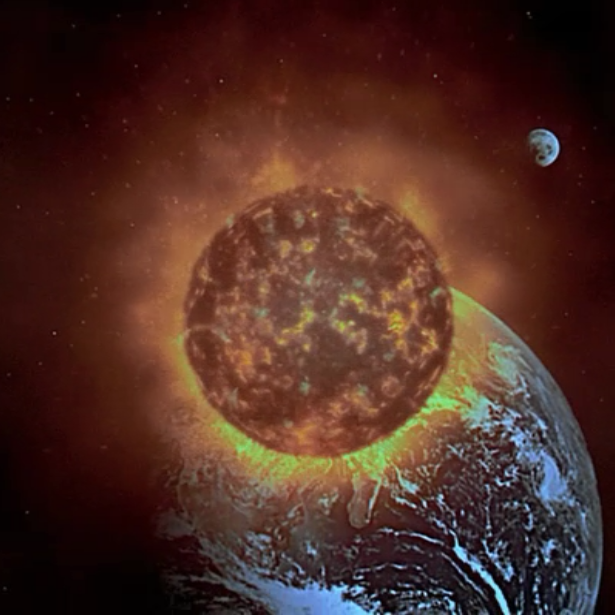 Harold Camping came out and shocked us all again. He apologized for being wrong, well he wasn’t really wrong, he was right just not as right as he thought he would be. As it turns out, the May 21st rapture did happen, but it was when the “spiritual judgment” started. Camping still affirms the belief…

Exactly 1 year ago today I turned 26. Much has happened since then… What many call a “milestone” happened when I received my bachelors degree from Southeastern College at Wake Forest (Southeastern’s College). After being in college for 8 years, it was a relief lifted off of my shoulders. I believe God called me to…

I’ve written about Beyond the Box Podcast before and I’ve mentioned it casually in a few other posts. A few weeks ago they released a new episode titled Distracted By Jesus?. This episode was actually part two of a two-part discussion, but this part had something in it that I had never once considered. Steve…

You may have heard the news, a couple of weeks ago there was a large “wave of religious violence” in Nigeria. “Around 1000 people were displaced, several critically wounded, and every church reportedly destroyed in Shira Yana, Bauchi State, Nigeria on 2 February 2008.” Christianity Today ran a news article titled Churches destroyed in wave…

I know I’ve complained about the AFA (American Family Association) before but I still get their emails and they still grate on my nerves. I like their emails because I get a sense of what is happening in the Christian world. You know, those things that I don’t care enough about to study all day…