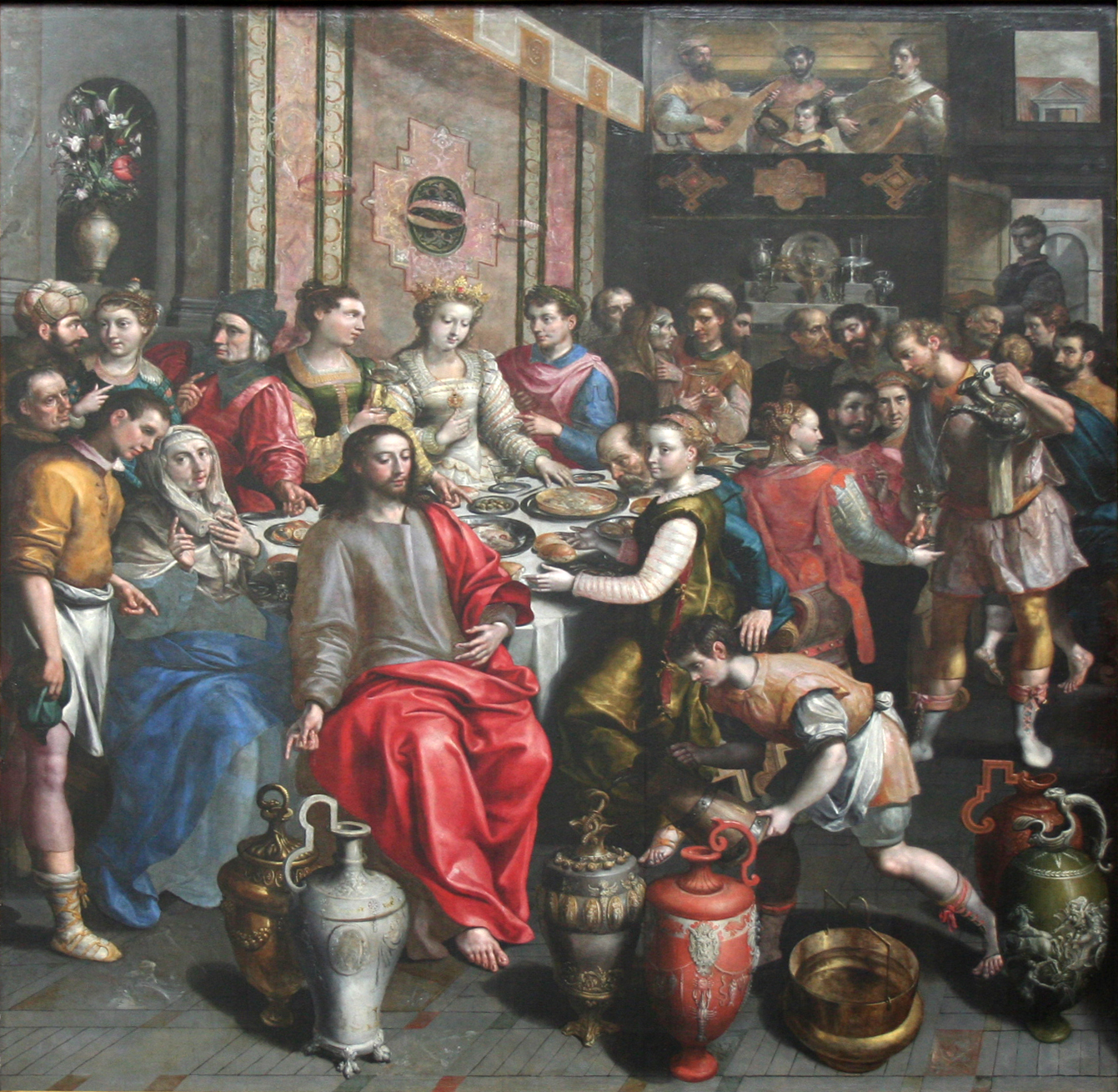 Before I start, let me say this. You absolutely should not live a life of drunkness. It is bad for your health, it is bad for your family, it is bad for your friendships, it is not what YHWH would want for your life. If you are prone to addiction, you should absolutely, positively abstain from all mind altering and recreational drugs, including alcohol. There are numerous places in the scriptures that talk about the dangerous of living the life of a drunkard and completely discourage it! DO NOT DO IT! I repeat, DO NOT DO IT!

Now, with that said, I have had a few conversations with people recently who believe it is a sin to drink alcohol. Seemingly, regardless of what the scriptures say. But still, there are several verses in the scripture that can be used to defeat this belief and I wanted to talk about one that is quite literally the smoking gun on how Jesus feels about alcohol.

On the third day there was a wedding in Cana of Galilee, and the mother of Jesus was there; and both Jesus and His disciples were invited to the wedding. When the wine ran out, the mother of Jesus said to Him, “They have no wine.” And Jesus said to her, “Woman, what does that have to do with us? My hour has not yet come.” His mother said to the servants, “Whatever He says to you, do it.” Now there were six stone waterpots set there for the Jewish custom of purification, containing twenty or thirty gallons each. Jesus said to them, “Fill the waterpots with water.” So they filled them up to the brim. And He said to them, “Draw some out now and take it to the headwaiter.” So they took it to him. When the headwaiter tasted the water which had become wine, and did not know where it came from (but the servants who had drawn the water knew), the headwaiter called the bridegroom, and said to him, “Every man serves the good wine first, and when the people have drunk freely, then he serves the poorer wine; but you have kept the good wine until now.” This beginning of His signs Jesus did in Cana of Galilee, and manifested His glory, and His disciples believed in Him. – John 2:1-11

Let’s break this down a little.

Jesus miraculously changed six stone waterpots into pots of wine. That’s 120 to 180 gallons of wine! Now, some people believe that wine back then was really watered down and that it’d take a lot of wine to get someone drunk. This objection is senseless for few reasons.

First, watered down wine is still alcoholic, that’s why AA members don’t drink non-alcoholic beer, it still contains alcohol (e.g. you can still get drunk off of it)! And I am absolutely positive that 120 to 180 gallons of “watered down” wine could still get people drunk.

Second, the headwaiter specifically said, “Every man serves the good wine first, and when the people have drunk freely, then he serves the poorer wine; but you have kept the good wine until now.” In other words, people usually get the good wine until they’re  inebriated and can’t tell the good stuff from the bad stuff, but Jesus made wine that was even better than the “good stuff”. This also has the added benefit of dispelling the previously mentioned myth that wine was watered down.  Of course, there are literally “theologians” who believe that the word(s) used for wine always means “non-alcoholic wine”, unless it is talking specifically about being drunk — it is just one of those convenient and completely nonsensical beliefs.

Third, YHWH actually tells the Israelites that wine mixed with water is a judgment against them! No, really, check it out in Isaiah 1:22!

Your silver has become dross,
your best wine mixed with water.

You should read the whole section to help it put in context because it is talking about how the Faithful City has turned from its ways and become a whore. A WHORE! But the important part of this argument is that their “best wine” has become mixed with water. The contrast is that back when they were faithful, their best wine was not mixed with water (e.g. not watered down). Which leads me back to Jesus, who seemingly made the best wine after the seemingly “good stuff” had already been drunk and the guests were already inebriated.

So, seriously, come on… this is a nail in the coffin. I do not understand why any God Fearing, Bible Believing, Christ follower would still hold onto this antiquated and unscriptural idea that YHWH wants everyone to always abstain from alcohol. If you are not fully convinced and are interested in a few other verses about the positives associated with alcohol found in the scriptures, check out these: Deuteronomy 14:24-26, Psalm 104:15, Proverbs 31:6-7, 1 Timothy 5:23.

But most of all, let us remember, the Kingdom of YHWH is not a matter of eating and drinking but of righteousness and peace and joy in the Holy Spirit.

P.S. The vanilla extract in your cabinet is at least 70 proof (contains 35-40% alcohol). That’s double your typical wine and that crap will get you drunker faster than a chicken on a junebug. Of course, it is probably just as tasty as a junebug too.

I recently had a wonderful conversation with one of my co-workers. She came into my office to give me something and noticed my digital picture frame displaying on my desk. Then I showed her a picture of my wife and we spent a few minutes looking on Facebook and MySpace to see if my wife…

Hey everyone, I wish you all a Happy Thanksgiving. Lew

I recently had my 28th birthday. I received some money and decided to spend it at Amazon.com. I bought The Ultimate Hitchiker’s Guide (Leather Bound Edition). It looks remarkably like a Bible. I was sitting around with some friends and family and told them of my new purchase. Joking, I said I was going to…