I was on my way home the other night and had the opportunity to hear a lady speaking at a Pastor’s Wives conference (that I assume was recorded and played over the radio).

She was giving numerous tips on how to be a good and gracious pastor’s wife. She talked about being a hospitable host, being kind to others, using edifying language (she even apologized for saying the word ‘vomit’ during a story she told), not gossiping or bragging, and she gave several other ‘tips’ that I think we would all agree are good things.

During these tips she talked about a sister who started a bible study in her home. She had invited a few people to study the Word of God during the week. Apparently, this is a no-no. The pastor’s wife had to confront her to tell her that “we don’t do that.”

You see, this sister of ours had good intentions, she wanted to learn more about God and enjoy that fellowship with other brothers and sisters. She just did not understand the rules about studying the bible. First, they need to be commissioned by the church leaders (note lowercase c). Second, they need to take place in the church building. Third, a female is not allowed to study the bible without a man present to correct her.

Question, at what point did we “protestants” become Catholic?

P.S. Our sister stopped her bible study in accordance to the rules. 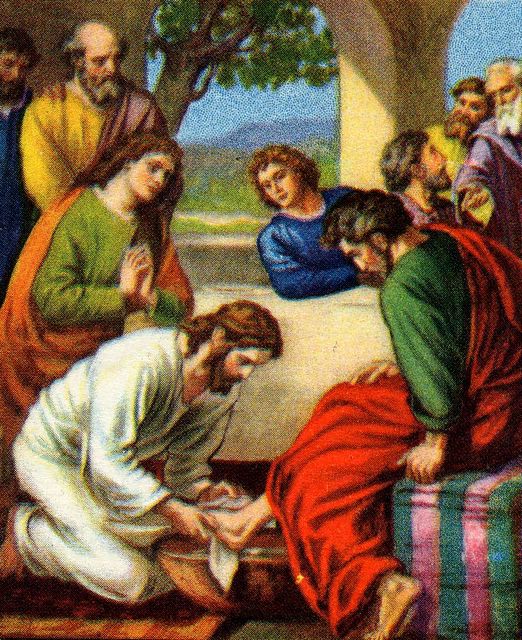 In the Roman Empire only Roman citizens had the right to vote. Usually you had to own land and had to be a male to vote in the Comitia Tributa (Tribal assembly). From what I have been told there was a word the Greek world would use for people who had the power to vote,…

An old friend recently contacted me. We will refer to him by the name of “Bob” for the sake of his anonymity. Bob confided in me some issues he and his family was having with some things, especially, finances. Bob had hopes to get a job that he was going to interview for. This job…

The other day I was listening to some preaching on the radio. The preacher made an off-handed comment about ordaining a pastor. From what I know, there are a couple common traits found in an ‘ordination ceremony.’ There is an examination period, to find out whether or not the person has a biblical understanding of…

This post is part of a SynchroBlog with the theme, A Christian Response to Halloween. More details at the bottom of this post. As a child, Halloween was one of my favorite holidays. The bad part about living in Maine during Halloween was that pretty much everyone’s Halloween costume looked like this: It was always…

In the words of Paul, “I wish that you would bear with me in a little foolishness…” – 2 Corinthians 11:1 I have to admit I am a very possessive person. I generally like things just the way I have them. If they are disturbed, I am disturbed. I do not generally want anymore than…