When I say “Random Crap” I literally mean, “Random Crap.” There is a website called Woot (http://www.woot.com/). It sells a new item everyday, usually at pretty good prices. Every couple months or so they have a “Woot-Off.” Basically they sell a bunch of items (one at a time) for a day or so, but at even lower prices. During the Woot-Off’s they usually sell the ever-so-coveted Bag of Crap (now called Random Crap). At the price of 1$ for 1 (you can order up to 3) and 5$ shipping you are guaranteed to get a box full of useless crap. Sometimes the useless crap is a big screen TV, but most of the time it is a crappy key chain. It is kind of like playing the lottery, but you’re guaranteed to get something and it’s fun. Oh yeah, and it is nearly impossible to order one. You see, whenever the Random Crap appears it sells within a couple minutes and usually their servers are bogged down.

This is what I got:
1 – Targus Accessory Pouch (Which I plan on cutting up and attaching to my hiking pack)
1 – The Reel Butler (kind of useless, used to maintain electrical items and their cords.)
1 – PC Animation Station (looks pretty cool, your children add their voices to some Nickelodian cartoon animations)
1 – Logitech EasyFit 2.5mm Cellphone Headset adapter (which I can use for my cellphone)

Mr. Wizard died. I loved watching him as a child. I have heard that he was a Christian, so he’s probably chilling with Mr. Rogers right now. I was talking about him with some friends. One said that he could remember numerous times when he would just get to the Mr. Wizard introduction of the show and his parents would kick him out to go to school. I have a feeling this happened to a lot of us. It is kind of ironic, the one time we actually wanted to learn something and our parents shipped us off to school instead!

Let me know what you think.

I sense there is more I wanted to say, but I have forgotten.

So you will have to sit on the edge of your seat until next time.

The other night I was fooling around with my laptop. My wife was in the bedroom talking to some of her family. She strolled into the kitchen (where I was) and asked, “Lew, where in the Bible are the responsibilities of an elder?” I answered, “There aren’t any” I then said, “The qualifications of an…

Dan Allen is from Maine, he’s a follower of Christ, a father of four, and a husband to a great gal. He’s also a pretty good artist and a huge fan of zombies. Combine all of those things and you get Zeke the Zombie, the world’s first zombie book for children! (I think) The first in…

Hey everyone, if you have been paying attention to anything that goes on in the “Christian Culture” then you have surely heard about the book and movie The Golden Compass. Apparently this book is similar to the Narnia books, except it was written by an Atheist… one of those “God is Dead” types. I haven’t… 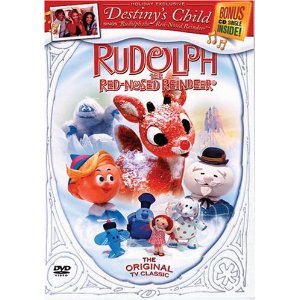 I’ve always had fond memories of the old claymation Rudolph the Red-Nosed Reindeer. I have let my kids watch it and they seem to really enjoy it too. It wasn’t until the second time they watched it this year that I realized something. This movie is seriously disturbing. We start out by discovering that Santa’s elves…

This question is the last one of the year, and will probably the final question in this series. It is also a question that will lead into a little series I have been thinking about. How involved should a Christian be in his or her government?