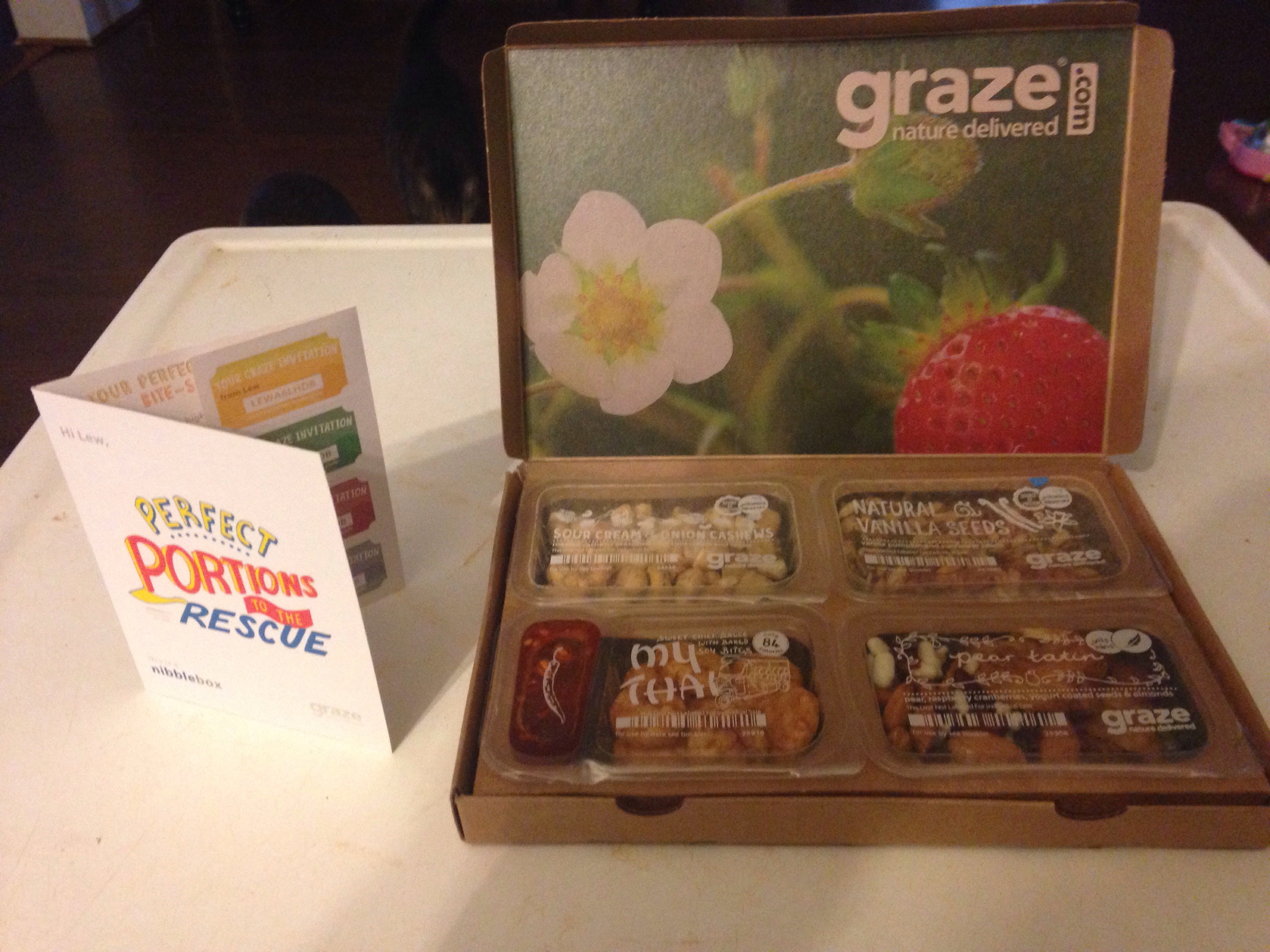 A couple months ago I wrote a review about the Graze Box. Since then I have received five boxes.

I can honestly say these are definitely worth it. Of these five boxes, I only marked one thing as “trash” (the Fruit and Seed Flapjacks), but really only because I don’t care for Raisins. The things I’ve “loved” were Banoffee Pie, Mississippi BBQ Pistachios, Pear Tatin, and Natural Vanilla Seeds. The latest box I received (box #6) had three of the four items from the first box I received. I haven’t even opened up that box yet but I am looking forward to it.

All in all, I really do recommend the Graze Box. I haven’t tried any of the competitors though. These aren’t exactly “carb-counter friendly”, but we make it work :). I said earlier that I don’t particularly like raisins (who does?), but they have many recipes with different flavor infused raisins that have been really tasty. Anyway, if you want to try it out my invitation code is LEWA6LHDB and if you use it you’ll get your first and fifth box free from Graze. Give it a try, at least the first box — you can cancel any time.

I’ve started a new weight training program called Body for Life. Right now I am just going to do the Weight Training / Cardio, not the Eat for Life program. Every week I’m going to post about my progress with the program. My goal is to use available time (lunch break) to try to be… 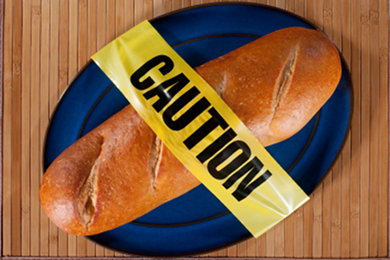 Three years ago, almost to date, I wrote about The 4-Hour Body Expirement – Slow Carb Diet (Month 1) where I discussed the Slow Carb diet which I learned from Tim Ferriss’ The 4 Hour Body. Since then I have learned a lot about myself and the evil carbohydrate. One of the nasty things I’ve… 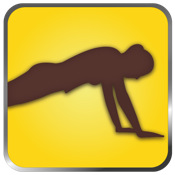 Week 3 was tough, but I have been pretty happy with the results. Again I’ve had trouble finishing all my sets, so I’ve decided to repeat this week. As I said last week the iPhone App wanted me to take the exhaustion test again. I was able to do 23 good form pushups, which put… 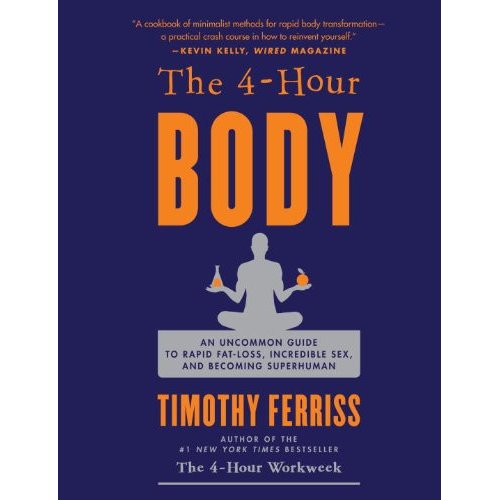 Warning: Some of this data may be considered TO MUCH INFORMATION… read at your own risk! In early December I happened upon a gizmodo post about this new book called The 4-Hour Body. The book is all about the MED – Minimum Effect Dose. What is the minimum amount of work you can do to… 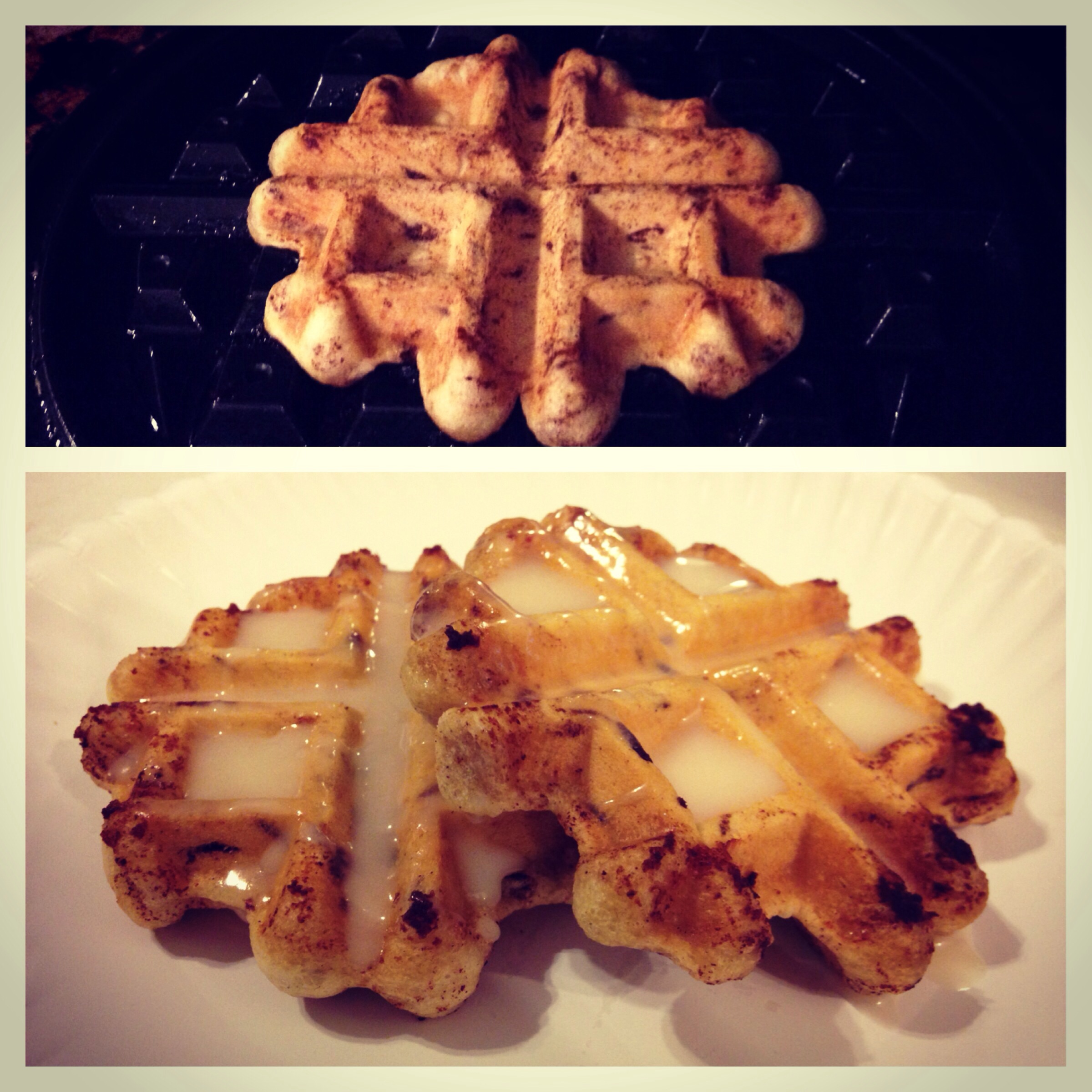 Ok, not a very good week so far. Had to skip upper body on Monday because of a dentist appointment, did some good cardio yesterday, but today I was busy with some emergency work stuff. So I’ll do lower body tomorrow and upper body on Friday and call it even. Weight: 186.2 lbs Waist: 37…